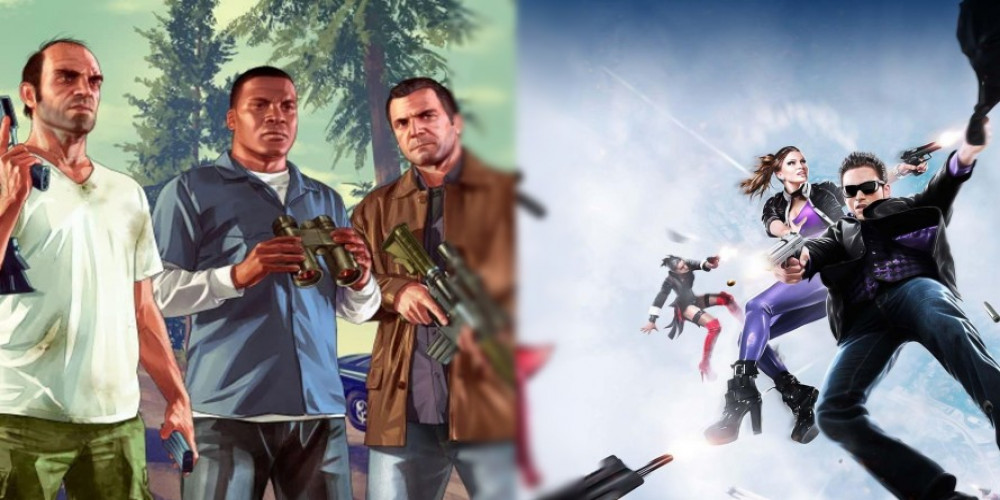 Grand Theft Auto is a video game series that gives players the opportunity to play as various criminals. It was created by Rockstar Games and is now the most popular series of games.

In the latest installment, GTA V, players can now choose from three different characters, each with their own personal story, and make decisions that affect the game. Players can also switch between the characters at any time.

Saints Row is a series of games that also give players the opportunity to play as a criminal. It was created by Volition.

In Saints Row III, players can still play as a character leading a street gang and there are more customization options than in previous games of the series.

The story of GTA V is more or less serious, while the story of Saints Row III is spiced up with comedy and goofs. The GTA V story also has a lot of humorous moments in it, but overall is more serious than the Saints Row III story.

The gameplay of GTA V is more sophisticated than that of Saints Row III. The GTA V gameplay has a wide range of features, including driving, shooting, and stealth. Saints Row III gameplay is more limited and it doesn't have a stealth option.

So similar, yet so different

Grand Theft Auto V and Saints Row III are games with different settings, stories, gameplay, and graphics. The most obvious difference is that GTA V is not limited to one character, like Saints Row III. Saints Row III, however, does provide players with more customization options.